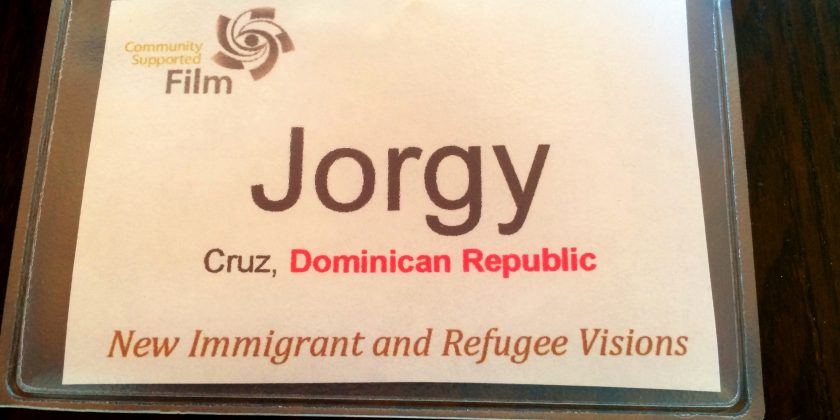 Teaching at the New Immigrant and Refugee Visions Project

On a previous blog entry, I rambled on about how much I love teaching, how I missed it and how the sharing of knowledge is very dear and close to my heart. I have to be honest here, I’ve been aching to find the time and the right place to get in there again and do my thing. I moved to Boston in January 2016 with the intent of starting over after a long relationship with NYC, and I have to say that my love affair with Boston quickly became a serious relationship, I love being a north ender, I like the pace of the city, the people and all the exciting things that keep popping up in my newly adopted town. Boston has given me a lot, it has embraced me and made me one on its own. I’m a proud Bostonian.

Boston keeps on giving me great moments and opportunities, and this one has to be number one on my list. I came across a place called Community Supported Film ran by Michael Sheridan, they were looking for experienced documentary editors to teach and work in their new immigrant and refugee visions project, CS Films teaches them how to develop a documentary idea, later on, they get hands-on training with HD cameras, and on the last stage they move on to the post production, this is where I come in with 4 other very talented documentary editors.

We had our first editing session last night, I got a chance to work with Mubarak from Uganda and Qin from China. We reviewed his test footage, we talked about the shots he took, scene coverage, what worked and what didn’t, and the choices he made while capturing the action. It was so refreshing to see the glare in his eye when we were working on the assembly, the look on his face when he saw his short story was coming together. I showed him some editing tricks that I’ve picked up in my decade long career (dammit, I’m getting old) and every time I did something ‘tricky’ he would burst out laughing, excited about how his story was coming to life. I learned a little bit about Uganda, he learned a little bit about editing.

It’s safe to say that we all feel the energy when we come into a room, you feel it and you get to decide what to do with it. Yesterday I was hit with a giant bat of pure positive energy, so many beautiful people with kind hearts, unique stories, embracing this country as their own. I had a warm feeling in my chest the entire night, I even struggled a bit to find my sleep last night, it had been a long time since I’ve been around such an inviting, safe and loving atmosphere.

I couldn’t help to think about all the people that reject immigrants and refugees without really thinking about it. They don’t give them a chance, if they could only see what I saw last night maybe, just maybe they would change their minds and understand that these are people like you and me, trying to find happiness. Uganda, Bangladesh, Afghanistan, Dominican Republic, Colombia, Ethiopia, UK, USA, Cuba, so many countries together in one room, getting along, laughing out loud, having dinner, getting to know each other, all united by one thing: film and storytelling.

Goddam that’ beautiful right there!

You can donate here, on their Facebook page: https://www.facebook.com/CommunitySupportedFilm/