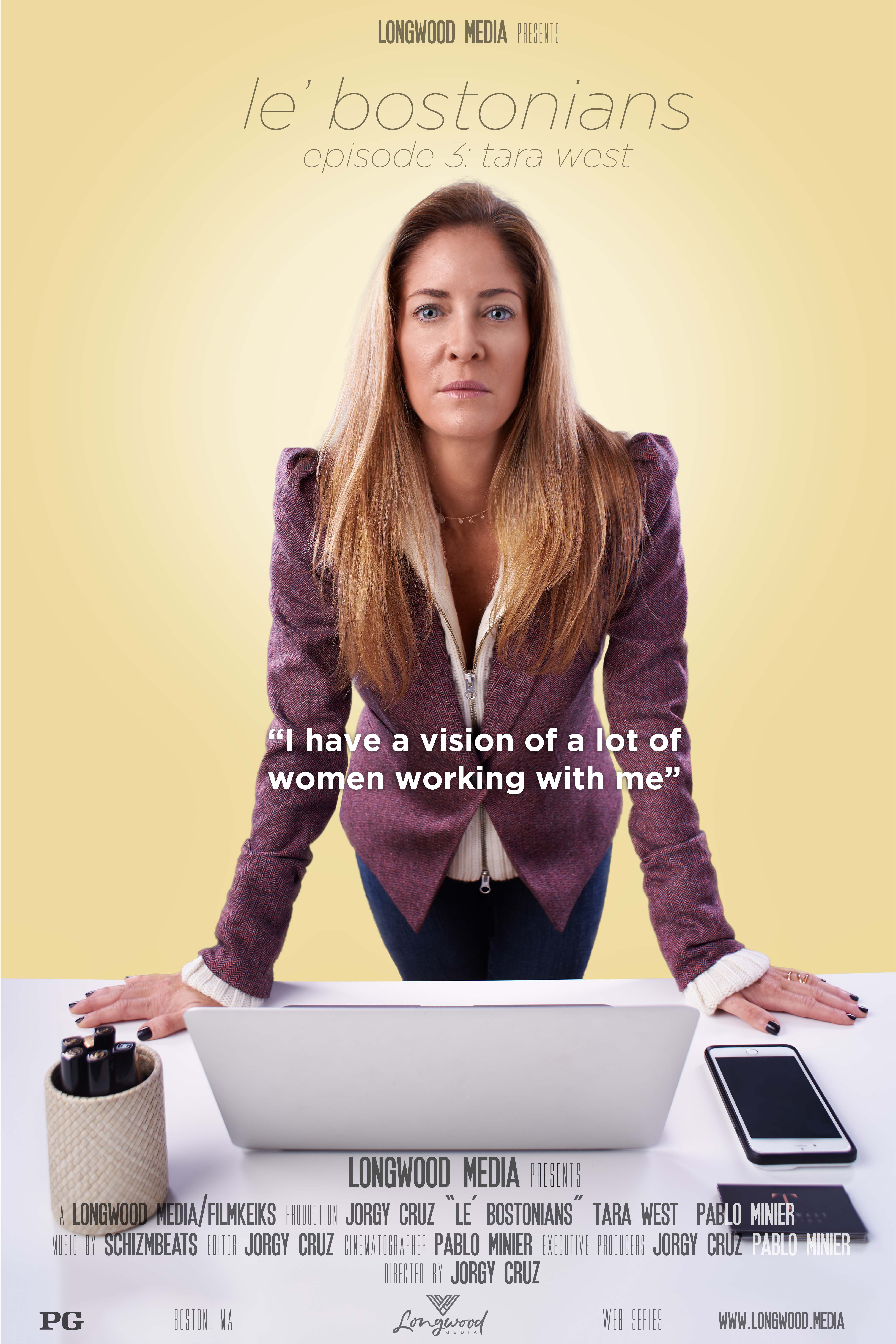 This is one of two posters that we shot for episode three of Le’ Bostonians, featuring the talented and always stylish Tara West. After shooting this episode I’ve come to admire and respect Tara, her work ethic, her vision, and her passion for what she does. Let’s break down how the final shot was made from start to finish.

Concept: we normally shoot the posters after we are done filming the episode, but in this case, we came up with the concept right after our first shoot. For this poster, we decided to portray Tara as a confident and assertive businesswoman. That’s an easy task really since that’s just who she is, if you ever get to meet her you would realize that there’s not an ounce of doubt or hesitation in her. 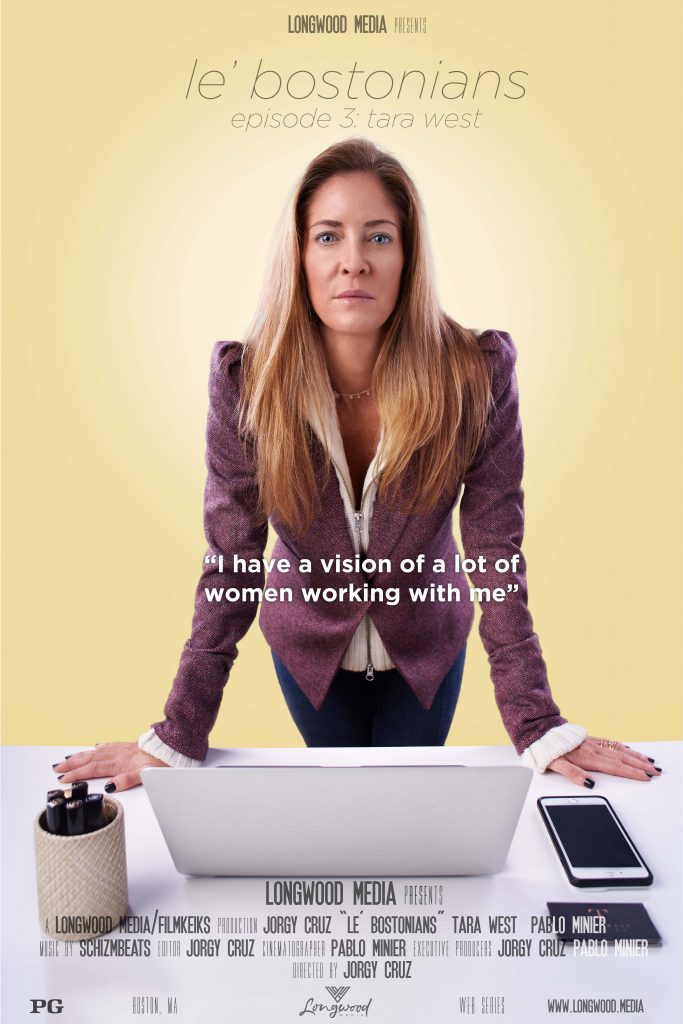 Location: every photo shoot is different, and so are the locations. We always try to accommodate the subject, so we tend to choose locations that are readily accessible to them and that are a good fit for executing the shoot without compromising the end result. Tara is always busy, so instead of shooting in a studio, we brought the studio to her beautiful house. There were some challenges to overcome of course as you will soon find out in the lighting and post-production part of this article.

Lighting: I had a very clear idea of how we needed to illuminate Tara to be able to cut her out of the background and create a believable composite shot. You need to create directional light and at the same time have good separation from the background. For my key light, I used a 300W studio strobe bouncing into a 7’ white parabolic umbrella with a white baffle for diffusion, and a white reflector from the opposite side to fill in the shadows. We somehow managed to squeeze two strip boxes with 300w strobes each to use as rim lights, but there was definitely no way to squeeze another strip box to use as our hair light. I compensated for this fact by raising the two strip boxes and then angling them down. At this point, I was starting to question my decision of shooting at her house as opposed to shooting at a proper studio, but it was too late for that, I just had to adapt and make the best of this situation. 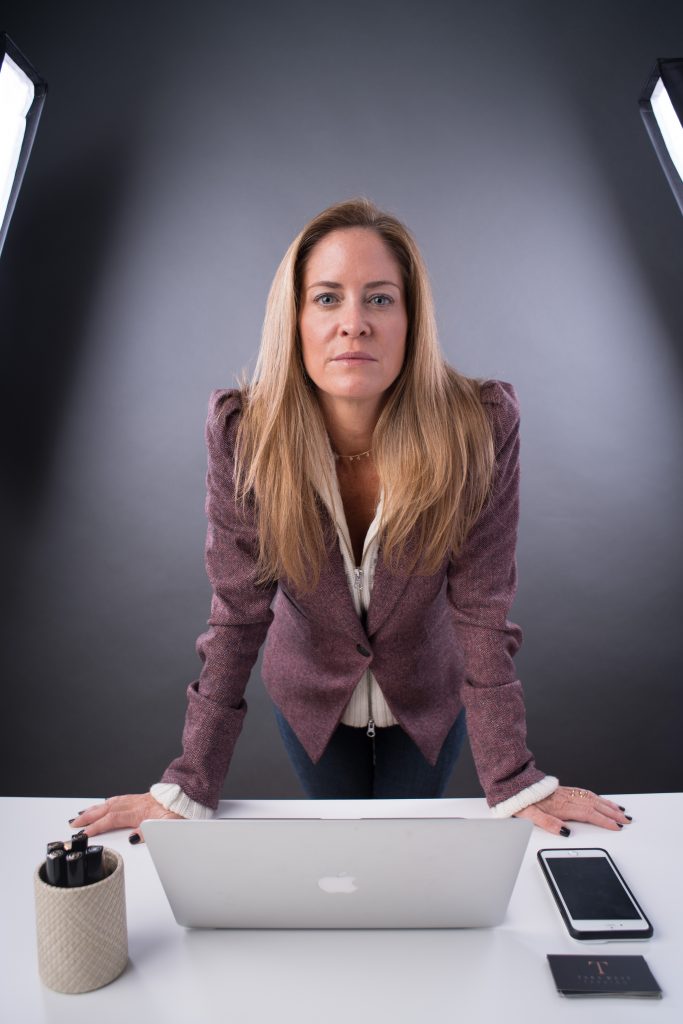 Shooting: after setting up the lights and firing a few test shots, the shooting part was painless. Tara is such a professional, and by the very nature of her business, she is used to having a camera pointed at her all the time. She only needed minimal direction, so we captured this image within the first 10 frames. For my fellow gear enthusiast, I shot with a Sony A7Rii and a Konica 28mm 3.5 prime lens.

Post-production: The post-production part was very straightforward but labor intensive. When compositing, I always shoot on an evenly lit gray background to make my life easier when swapping backgrounds, but the “evenly lit” part was next to impossible to achieve due to the limited space to place my lights, so this cutout had to be done the old-fashioned way in photoshop. After that, it was just a matter of creating the gradient on the new background and color grading the image to bring it all together.

That’s it folks, a much longer read than usual but I’m always happy to talk about the process of bringing our ideas into existence. Feel free to ask away if there’s anything else that you would like to know about this image or any other content on our website.